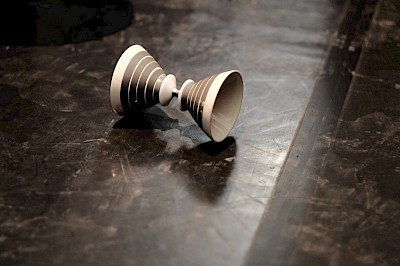 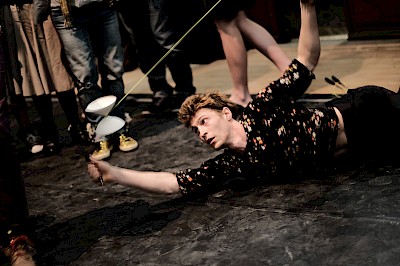 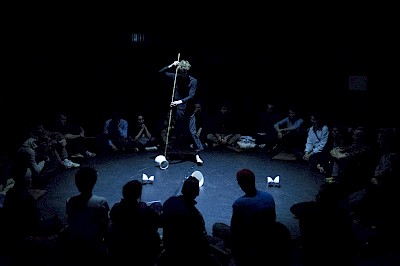 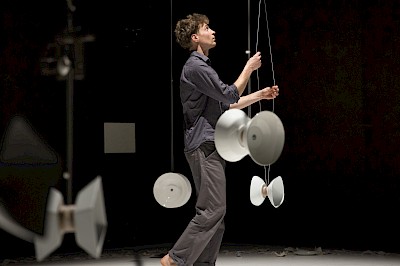 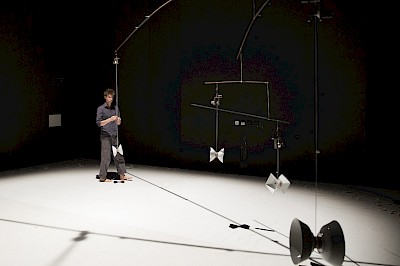 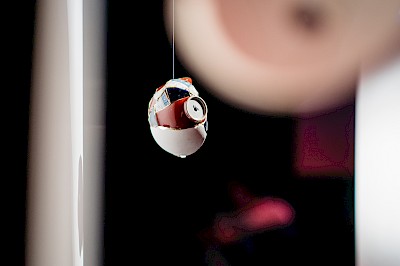 CHINA SERIES shows various forms of diabolo, which is quite a simple apparatus: Two bowls connected with an axis. In this interdisciplinary project, where circus, dance, contemporary performance and sculpture meet, different kinds of china and ceramic objects are created that can turn, roll, pivot but also break. The starting point is the suspension, the perpetual motion and transformation of objects, but also the break and fracture. Breaking of not only the ceramic objects, but of bodies and relations, which reminds us of the temporality of our being.

Jugglers constantly drop objects. What if the objects break? The materiality changes the relation between performer and object. The movements are more sensitive and careful not only because of the fragility of the material but also because each object reacts differently due to its variety in weight and crafting methods. The authenticity of this situation is also communicated through the performer’s body and is transmitted to the visitors. This results in two types of risks. First, the risk of breaking the central object and second, the risk of breaking something that is aesthetic, valuable and hand-crafted. The concept of fragility applies not only to objects but rather to the performer and circus artist as well as to the audience. Fragility is also connected to perishability. Things come and things go. Ceramic embodies the ephemeral nature of things as well as of the performance. Thereby, the break itself is an ambivalent thing. It is something people wish but also fear to see, they may expect it but it will still surprise them. In addition, the break is an aesthetic event. As an explosion it combines crash and creation in one ...

With its different variations (#1-#14) CHINA SERIES is an assemblage of performances and installations created and presented by the Swiss artist Julian Vogel. The different variations can be combined in multiple ways, that it fits to a special environment or theme. For a period of a few days up to 4 weeks CHINA SERIES will be present in a venue. Next to installations, that are fixed for the whole time, different forms of live performances will intertwine. The project aims to be a collaborative project between its material and the context and therefore between the artist and the organizer. Together they will decide which variations will take place where and when.

Julian Vogel holds a BA degree from the Academy for Circus and Performance Art (ACaPA), Tilburg (NL) 2019. Before attending ACaPA, he studied Psychology and Art History at the University of Bern (CH). Next to his solo work he founded together with Josef Stiller the company KLUB GIRKO (since 2017). He is participating in several artistic projects (e.g. PANAMA PICTURES, CIE. SH) and is producing electronic music for circus and dance companies.

Julian Vogel is currently based in Lucerne / CH